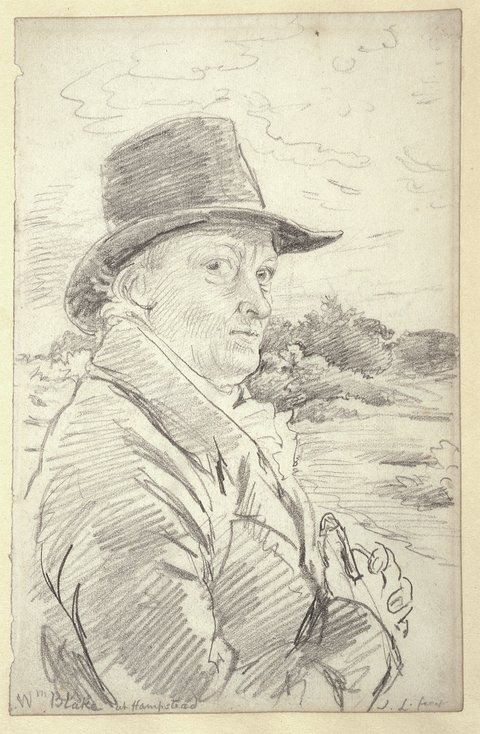 
“…When the ebullitions of a distempered brain are mistaken for the sallies of genius by those whose have exhibited the soundest thinking in art, the malady has indeed attained a pernicious height, and it becomes a duty to endeavour to arrest its progress. Such is the case with the productions and admirers of WILLIAM BLAKE, an unfortunate lunatic, whose personal inoffensiveness secures him from confinement, and, consequently, of whom no public notice would have been taken, if he was not forced on the notice and animadversion of the EXAMINER, in having been held up to public admiration by many esteemed amateurs and professors as a genius in some respect original and legitimate.”
(from G. E. Bentley Jr’s biography of William Blake)

The admission price to the exhibition at Tate Britain (one of the most visited museums in the UK) is 18 pounds, but it includes over 300 of Blake’s watercolours, paintings and prints, as well as “an immersive recreation of the small domestic room in which Blake showed his art in 1809”, and a promise that one will be able to experience “the impact these works had when they were shown for the first time. In another room, Blake’s dream of showing his works at enormous scale will be made reality using digital technology.”
Those of us who live faraway and cannot see the exhibition, get a glimpse of what to expect in a video trailer.