“It was possible to read the story two ways: Front to back, the heron returned to his heron wife and the world of the sky. Back to front, he stayed with his one true love on earth.”
From The Third Angel, by Alice Hoffman

Despite the citation from The Third Angel, this post is about another book (which will remain anonymous), or rather about how my perception has changed while reading it. A friend of mine, slightly surprised that I never heard about the author, lent me a copy. The dull, grayish cover did not scream “literary fiction”, it hissed the words like a snake coiling around its dazzled pray. I mumbled something about being quite busy, but we both knew it was a lame excuse for not reading the less than two-hundred pages.

One of the characters is theoretical physicist from CERN, the book owner told me. Keeping to myself what I thought about literary fiction tackling the “deep meaning” of high-energy physics and cosmology, I reluctantly agreed to give it a try.

If the cover were a dish, unappetizing would be an understatement. And the blurb at the back suggested a torture worse than Vogon poetry. Its first paragraph started with a date. That morning, the author had yet a few editorial questions to answer before the book went to print; he passed away in the night. The paragraph ended with a pendulum (I guess a metaphorical one), that never goes back. The following two paragraphs extolled the author’s swansong. Unlike the insipid front cover, the text was sprinkled with vivid superlatives with no apparent restrain. The fourth paragraph was short and quite chilling. It was the author’s seventh book, which he wrote during a year he was battling to keep expressing things he still wished to write, before dying at age of 52.
Any wonder that the book lay unopened until I got a gentle nudge?

I started to read it yesterday and finished today. I’m not going to discuss the story, but how I felt before and after reading it. At the beginning I was weary, ready for self-pity entwined with plethora of metaphors, gore mixed with philosophizing about the meaning of this all. The first few pages evoked the ridiculous rather than the ominous, and, thankfully, without foreshadowing death. I kept-reading not because the story was fast-paced, but because the fluidity of the writing, the places the book took me, the characters that survived without becoming washed-out automatons. Reading on, I was mesmerized by the evolving drama, by the author’s ability to introduce funny (and not-so-funny) characters, without BS or bitterness, without overt references to what was happening in his life. Closing the book, I regretted that it was so short.

A question that still lingers in my mind is whether I would have read the book differently if I knew nothing about the author. My expectations would have been different. The unwillingness to read the book was based on the cover, the blurb, and an assumption that a literary work by a dying author must revolve around the ugliness and the futility of the situation (even if the setting is entirely fictional). I was wrong. The story did not read like a swansong, a farewell studded with wisdom and replete with masterly articulated gore. Closing that book, there was a sense of catharsis even though there was no climax, and the story ended without heroics, love did not triumph, nor was it ruled out. How the author achieved that mental cleaning-up without evoking any “great feeling”? Maybe because the story felt distilled and honest, without brouhaha and unnecessarily frills. People remained who they were, and life went on for the survivors. And despite the physicists’ experiments at CERN, the world did not end. 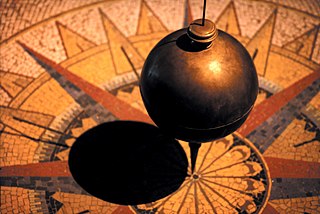