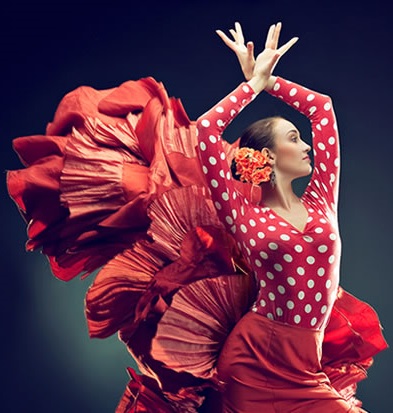 “Concha and her friends flippantly called the new freedoms for women “liberation and lingerie” because of the exciting new undergarments that they now sometimes saw advertised in the newspapers. Having moved out of rural poverty herself when she married Pablo, she wanted to see Mercedes improve her life, too, and had been pleased at the prospect of her daughter growing up in a society full of opportunity. With women now in professions such as law and medicine and reaching positions of power and influence, Concha hoped that life for Mercedes would have more to it than polishing glasses and lining them up neatly along the bar. Though Mercedes seemed to think of nothing but dance, her mother regarded it as something of a childish pastime.”
From The Return by Victoria Hislop

What can be more normal than a mother fretting about her teenage daughter obsession with dancing when she should be thinking about her future? Or the mother having premonitions that her son, a rising matador, would be “gored to death” in a bullfighting ring? Barring incurable diseases and natural disasters, such fears are often a parent’s worst worries. Unfortunately for the Ramirez family, in 1930s Granada, they were the least Concha had to cope with.

In a country torn between “protesting workers who felt their interests were not being represented” and conservatives “who yearned for a return to rule by the wealthy and privileged,” Concha’s two eldest sons drifted to the opposite sides of the conflict. Antonio, the teacher, was a moderate liberal. Ignacio, the matador, adopted the attitudes of landowners and other wealthy patrons of bullfighting who “loathed the new liberalism, blaming it for a wave of permissive behavior that they found hard to stomach.”

The rift between Antonio and Ignacio grew along with the hostilities between the Republicans’ and Nationalists’ forces, but it was Concha’s youngest son, who became the Civil War’s first causality in Ramirez family. Emilio was a shy musician who spent his time working in his parents’ bar and admiring the poet and playwright Lorca. While his parents “turned a blind eye to Emilio’s homosexuality,” in Granada ruled by the Nationalists, a man reported to be a homosexual was in a dire danger. Emilio was arrested without legal warrant few weeks after Lorca was shot. He was sentenced to thirty years.

For a while life went on. Antonio did not belong to any party, Ignacio, supported the winners, and the rest of the family shied away from politics. But, air raids did not distinguish between supporters and foes and “Though Granada was in Nationalist hands, there remained a strong undercurrent of support for the legal Republic government, and there were many people prepared to resist the tyranny under which they were now forced to live. This meant that the atrocities of war were not only perpetrated by supporters of Franco. Murders of people suspected on collaboration with Franco’s troops were commonplace, and there were frequently signs of torture to be found on their corpses.”

I won’t tell how Antonio and Ignacio fared, whether Mercedes followed her passion and became a flamenco dancer, what happened to Concha and her husband. It took me several weeks between starting and completing Victoria Hislop’s novel. The Return unfolds slowly as it meanders between the stories of the various members of Ramirez family, especially Mercedes’ quest to find the gitano (Roma) guitarist, she fell in love with. While Granada is the focal point of the novel, Mercedes’ journey stretches from Almeria in the south to Bilbao in the north. Without seeing a battlefield, she faces repeated bombing of civilians, the rampant hunger, the arbitrariness of death. Amid all the horror, she also encounters small glimmers of kindness.

I recommend the The Return, although it was a very slow read.
A caveat: the beginning and the end of the book are taking place in modern Granada. I don’t know why the author started the story with two boring Englishwomen. I understand their fascination with flamenco, but their problematic relations with their men felt superfluous to the rest of the story. 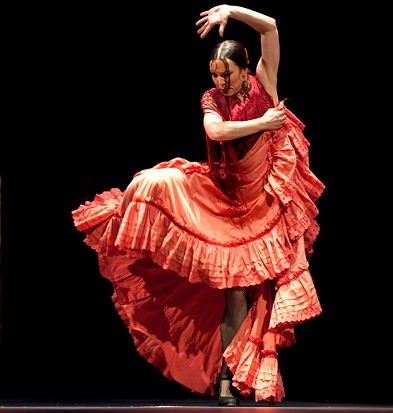