He or She – some confusion about authors’ gender 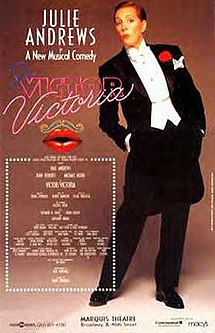 “Kawasaki Ninja,” said Wardle. “I know we’re looking for a Honda,” he added, forestalling Strike,“but he crapped himself when we came calling.”
“So do most people when CID turn up on their doorstep. Go on.”
“He’s a sweaty little guy, name of Baxter, a sales rep with no alibi for the weekend of the second and third, or for the twenty-ninth. Divorced, no kids, claims he stayed in for the royal wedding, watching it. Would you have watched the royal wedding without a woman in the house?”
“No,” said Strike, who had only caught footage on the news.
From Career of Evil, by Robert Galbraith

Regardless of whether you watched the wedding of Prince William and Catherine Middleton, aren’t those assumptions patronizing and chauvinistic?
Yet, Robert Galbraith, an ex-British Army officer who continued to work in security in civilian life, should know exactly how men like Detective Inspector Eric Wardle and army veteran investigator Cormoran Strike are reasoning. “Rosalind Galbraith” might be an officer with similar qualifications and also with a distinguished career (top secret – only her name can be disclosed), but would you trust her fictional depictions? Would you find her storytelling to be as natural and convincing as Robert’s?

One can only speculate about Rosalind. Robert Galbraith’s identity, on the other hand, was questioned early after his debut novel, The Cuckoo’s Calling, was published.

“After getting a tip that the Robert Galbraith was J.K. Rowling, Richard Brooks from The Sunday Times did some detective work on his own – he found that “the editor, David Shelley, would be in charge of both someone as important as J. K. Rowling — a very big job, indeed — and someone as seemingly unimportant as Robert Galbraith.
He then started reading the book. “I said, ‘Nobody who was in the Army and now works in civilian security could write a book as good as this,’ ” he said. Next, he sent copies of “The Cuckoo’s Calling,” “The Casual Vacancy” and the last Harry Potter novel, “Harry Potter and the Deathly Hallows,” to a pair of computer linguistic experts, who found significant similarities among them.”
(from nytimes.com, This Detective Novel’s Story Doesn’t Add Up)

On Robert Galbraith’s website , J.K. Rowling answers why she has chosen to write Cormoran Strike books as a man and whether writing as a man influences her writing.

“I certainly wanted to take my writing persona as far away as possible from me, so a male pseudonym seemed a good idea. I am proud to say, though, that when I ‘unmasked’ myself to my editor David Shelley who had read and enjoyed The Cuckoo’s Calling without realising I wrote it, one of the first things he said was ‘I never would have thought a woman wrote that.’ Apparently I had successfully channeled my inner bloke!”

For me this is incredible that a professional, an editor who had edited Rowling’s previous novel, could be so simply misled. History, however, teaches us that the editor wasn’t the first professional to be fooled by a male name and an assumption about what a woman can and cannot write.

Wuthering Heights, a classic of English literature, was published in 1847. The author name “Ellis Bell” was the pseudonym of Emily Brontë.

Middlemarch by George Eliot has been described as the greatest novel in the English language. The author’s real name was Mary Ann Evans.

This is how io9 opens its article, Women Who Pretended to Be Men to Publish Scifi Books:

“In 1980, science fiction writer and editor Ben Bova told a group of women writers, ‘Neither as writers nor as readers have you raised the level of science fiction a notch. Women have written a lot of books about dragons and unicorns, but damned few about future worlds in which adult problems are addressed.’ It’s no wonder that female science fiction authors have disguised their gender in order to have their work taken seriously. We have a list of women who used male and androgynous pseudonyms to compete in the male-dominated field of speculative fiction.”

I recommend to read the entire article, as some of the facts it brings are fascinating. Other famous examples are listed in an article titled, “Want to be taken seriously as an author? Be a man”.

There are also counter-examples, of men using female pen names.
In the early eighteen century, when young Benjamin Franklin could not publish a letter in his brother’s paper, he adopted the pseudonym of “Mrs. Silence Dogood”, a middle-aged widow. Mrs. Dogood’s letters were published, and became a subject of conversation around Boston. Fast-forward to the twenty-first century and to the most popular genre – romance. Many writers adopt distinctively female pen names. Supposedly, romance readers (who are mostly women) don’t trust men to correctly portray emotions (for example, see this article). Much funnier (at least for me) is when professionals are misled by male/female pen names. Just a few days ago, TIME Magazine named the author Evelyn Waugh on female most-read list ☺ !

“If Evelyn Waugh had been born a woman he would have been the 97th most read female author in college classes, according to TIME Magazine. But the late English writer best known for his books Brideshead Revisited, Decline and Fall and A Handful of Dust, was not of the gender that would fit TIME Magazine’s 100 most-read female writers in college classes.
This morning the publication released its list but was quickly made aware of its mistake on social media. TIME Magazine later corrected the story, and now Marguerite Duras holds 97th place.
Evelyn Waugh is the pen name of Arthur Evelyn St. John Waugh, who died in 1966.”
(from ABC Australia, link through The Passive Voice) 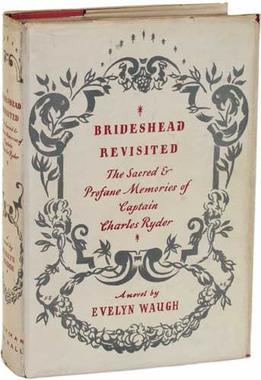