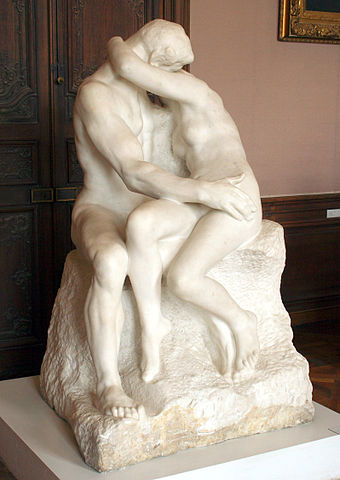 “The most cherished goal in physics, as in bad romance novels, is unification. To bring together two things previously understood as different and recognize them as aspects of a single entity – when we can do it – is the biggest thrill in science.”
from The Trouble with Physics: The Rise of String Theory, the Fall of a Science, and What Comes Next, by Lee Smolin

In Romance, both good and bad, “the lovers who risk and struggle for each other and their relationship are rewarded with emotional justice and unconditional love” (from About the Romance Genre. In physics, those who seek unification, won’t necessarily find it.

“At one time, chemists proposed that heat was a substance, like matter. It was called phlogiston. This concept unified heat and matter. But it was wrong. The right proposal for unification of heat and matter is that heat is the energy in random motion of atoms. But although atomism had been proposed by ancient Indian and Greek philosophers, it took until the late nineteenth century before the theory of heat as random motion of atoms was properly developed.” (from The Trouble with Physics)

During the twentieth century, physicists set new goals regarding unification – they wanted to find a basic set of rules that will explain everything. The Standard Model of particle physics succeeded in unifying electromagnetic, weak, and strong nuclear interactions, as well as classifying all the subatomic particles known. Sometimes regarded as a “theory of almost everything”, the Standard Model received a glowing confirmation with the discovery of the Higgs Boson by the ATLAS and CMS experiments at CERN.

The upgraded LHC continues to churn out data. Other, smaller and less expensive experiments are conducted elsewhere on, below, and above the earth, while additional data is gathered by probes in space. With so much new information amassed, one might expect to hear about new discoveries that would lead to a greater unification.
Yet, in a recent TED talk, “Have we reached the end of physics?”, particle physicist Harry Cliff has some potentially bad news.

“At the heart of this problem are two numbers, two extremely dangerous numbers. These are properties of the universe that we can measure, and they’re extremely dangerous because if they were different, even by a tiny bit, then the universe as we know it would not exist. The Higgs field gives mass to the fundamental particles that we’re made from. If it wasn’t there, those particles would have no mass, and no atoms could form and there would be no us…

But there is something deeply mysterious about the Higgs field. Relativity and quantum mechanics tell us that it has two natural settings, a bit like a light switch. It should either be off, so that it has a zero value everywhere in space, or it should be on so it has an absolutely enormous value. In both of these scenarios, atoms could not exist, and therefore all the other interesting stuff that we see around us in the universe would not exist. In reality, the Higgs field is just slightly on, not zero but 10,000 trillion times weaker than its fully on value, a bit like a light switch that’s got stuck just before the off position. And this value is crucial. If it were a tiny bit different, then there would be no physical structure in the universe.

So this is the first of our dangerous numbers, the strength of the Higgs field. Theorists have spent decades trying to understand why it has this very peculiarly fine-tuned number, and they’ve come up with a number of possible explanations. They have sexy-sounding names like “supersymmetry” or “large extra dimensions.” I’m not going to go into the details of these ideas now, but the key point is this: if any of them explained this weirdly fine-tuned value of the Higgs field, then we should see new particles being created at the LHC along with the Higgs boson. So far, though, we’ve not seen any sign of them.”

I doubt that RWA (Romance Writers of America) will agree about the sexiness of supersymmetry. Anyway, if the fact that the measured value of the Higgs field is 10,000 trillion times weaker than the predicted value does not make you squirm, wait for Harry Cliff’s second worrisome number, which concerns dark energy.

“We don’t know what dark energy is, but the best idea is that it’s the energy of empty space itself, the energy of the vacuum. Now, if you use good old quantum mechanics to work out how strong dark energy should be, you get an absolutely astonishing result. You find that dark energy should be 10 to the power of 120 times stronger than the value we observe from astronomy. That’s one with 120 zeroes after it. This is a number so mind-bogglingly huge that it’s impossible to get your head around. We often use the word “astronomical” when we’re talking about big numbers. Well, even that one won’t do here. This number is bigger than any number in astronomy. It’s a thousand trillion trillion trillion times bigger than the number of atoms in the entire universe.”

I’d say that calling this “a pretty bad prediction” is an understatement, especially since “this number has no known explanation.”
So, are these two “dangerous” numbers really the end of physics?

Obviously, I have no answer. But let’s take a look at the somewhat similar state of physics, circa the end of nineteenth century:

“Around 1900 serious doubts arose about the completeness of the classical theories—the triumph of Maxwell’s theories, for example, was undermined by inadequacies that had already begun to appear—and their inability to explain certain physical phenomena, such as the energy distribution in blackbody radiation and the photoelectric effect, while some of the theoretical formulations led to paradoxes when pushed to the limit.”(Wikipedia)

Maybe this sense of déjà vu is not a coincidence. When Max Planck chose to study physics, a physics professor advised him to reconsider this choice. In physics, that professor said, “almost everything is already discovered, and all that remains is to fill a few holes.” Planck replied that he did not wish to discover new things, but only to understand the known fundamentals of the field. Eventually, he discovered a constant, known as Planck Constant, which according to classical physics should be zero. But it isn’t. Sounds familiar?

“The discovery of Planck’s constant enabled him to define a new universal set of physical units (such as the Planck length and the Planck mass), all based on fundamental physical constants upon which much of quantum theory is based. In recognition of Planck’s fundamental contribution to a new branch of physics, he was awarded the Nobel Prize in Physics in 1918.”(Wikipedia)

So, maybe we are not looking at “the end of physics,” but at the dawn of a new epoch. For unlike in romance, in physics, the “Happily Ever After” is time-limited until the next groundbreaking discovery. 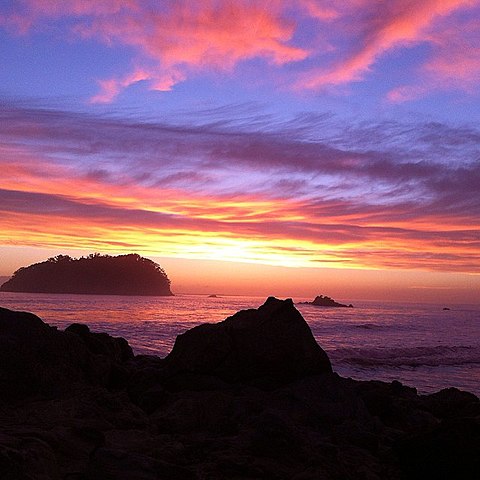