How the Milky Way Formed 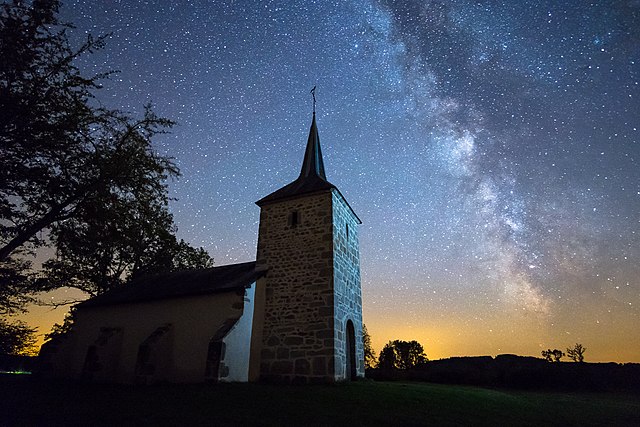 The night was scented and mysterious. The wind was playing an eerie fleshless melody in the reeds of the brook hollow. The sky was dark and starry, and across it the Milky Way flung its shimmering misty ribbons.
“There’s four hundred million stars in the Milky Way,” quoth Peter, who frequently astonished us by knowing more than any hired boy could be expected to. He had a retentive memory, and never forgot anything he heard or read. The few books left to him by his oft-referred-to Aunt Jane had stocked his mind with a miscellaneous information which sometimes made Felix and me doubt if we knew as much as Peter after all. Felicity was so impressed by his knowledge of astronomy that she dropped back from the other girls and walked beside him. She had not done so before because he was barefooted. It was permissible for hired boys to go to public meetings— when not held in the church— with bare feet, and no particular disgrace attached to it. But Felicity would not walk with a barefooted companion. It was dark now, so nobody would notice his feet. 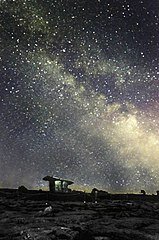 “I know a story about the Milky Way,” said the Story Girl, brightening up. “I read it in a book of Aunt Louisa’s in town, and I learned it off by heart. Once there were two archangels in heaven, named Zerah and Zulamith—“
“Have angels names— same as people?” interrupted Peter.
“Yes, of course. They MUST have. They’d be all mixed up if they hadn’t.”
“And when I’m an angel— if I ever get to be one— will my name still be Peter?”
“No. You’ll have a new name up there,” said Cecily gently. “It says so in the Bible.”
“Well, I’m glad of that. Peter would be such a funny name for an angel. And what is the difference between angels and archangels?”
“Oh, archangels are angels that have been angels so long that they’ve had time to grow better and brighter and more beautiful than newer angels,” said the Story Girl, who probably made that explanation up on the spur of the moment, just to pacify Peter.
“How long does it take for an angel to grow into an archangel?” pursued Peter.
“Oh, I don’t know. Millions of years likely. And even then I don’t suppose ALL the angels do. A good many of them must just stay plain angels, I expect.”
“I shall be satisfied just to be a plain angel,” said Felicity modestly.
“Oh, see here, if you’re going to interrupt and argue over everything, we’ll never get the story told,” said Felix.
“Dry up, all of you, and let the Story Girl go on.” We dried up, and the Story Girl went on. 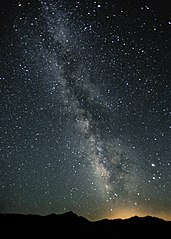 “Zerah and Zulamith loved each other, just as mortals love, and this is forbidden by the laws of the Almighty. And because Zerah and Zulamith had so broken God’s law they were banished from His presence to the uttermost bounds of the universe. If they had been banished TOGETHER it would have been no punishment; so Zerah was exiled to a star on one side of the universe, and Zulamith was sent to a star on the other side of the universe; and between them was a fathomless abyss which thought itself could not cross. Only one thing could cross it— and that was love. Zulamith yearned for Zerah with such fidelity and longing that he began to build up a bridge of light from his star; and Zerah, not knowing this, but loving and longing for him, began to build a similar bridge of light from her star. For a thousand thousand years they both built the bridge of light, and at last they met and sprang into each other’s arms. Their toil and loneliness and suffering were all over and forgotten, and the bridge they had built spanned the gulf between their stars of exile.
“Now, when the other archangels saw what had been done they flew in fear and anger to God’s white throne, and cried to Him,
“’See what these rebellious ones have done! They have built them a bridge of light across the universe, and set Thy decree of separation at naught. Do Thou, then, stretch forth Thine arm and destroy their impious work.’
“They ceased— and all heaven was hushed. Through the silence sounded the voice of the Almighty.
“’ Nay,’ He said, ‘whatsoever in my universe true love hath builded not even the Almighty can destroy. The bridge must stand forever.’
“And,” concluded the Story Girl, her face upturned to the sky and her big eyes filled with starlight, “it stands still. That bridge is the Milky Way.”
From The Story Girl by L. M. Montgomery 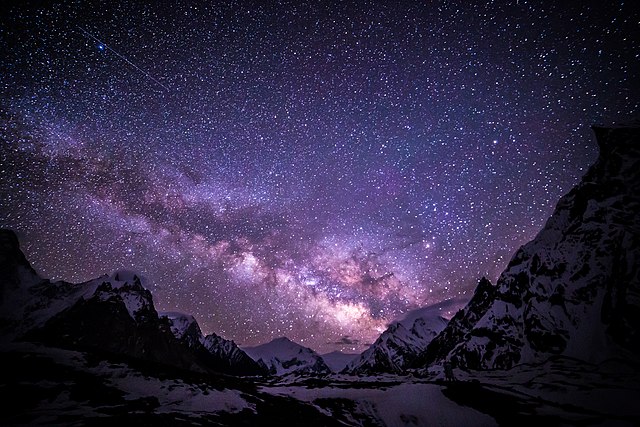 I stumbled upon this beautiful story, of which I have not heard before. Obviously, Peter was wrong about the number of stars in our galaxy, but when The Story Girl was published in 1911, even astronomers were unlikely to believe the modern estimate that Milky Way contains 200–400 billion stars. According to Wikipedia:

“From Earth the Milky Way appears as a band because its disk-shaped structure is viewed from within. Galileo Galilei first resolved the band of light into individual stars with his telescope in 1610. Until the early 1920s most astronomers thought that the Milky Way contained all the stars in the Universe”

The Story Girl is available on Project Gutenberg here. You can also read it online

1 Response to How the Milky Way Formed