Greek Revival, architectural style, based on 5th-century-bc Greek temples, which spread throughout Europe and the United States during the first half of the 19th century.

The main reasons for the style’s popularity seem to have been the general intellectual preoccupation with ancient Greek culture at the time, as well as a new awareness of the actual nature of Greek art brought about through widely circulated illustrations of notable ancient temples and the Elgin Marbles. The growing recognition of the Parthenon in Athens as a major monument helped secure the dominance of this Grecian form.
Greek Revival, Encyclopedia Britannica 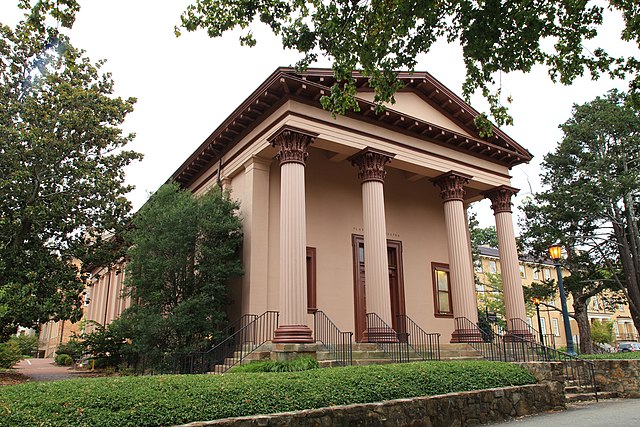 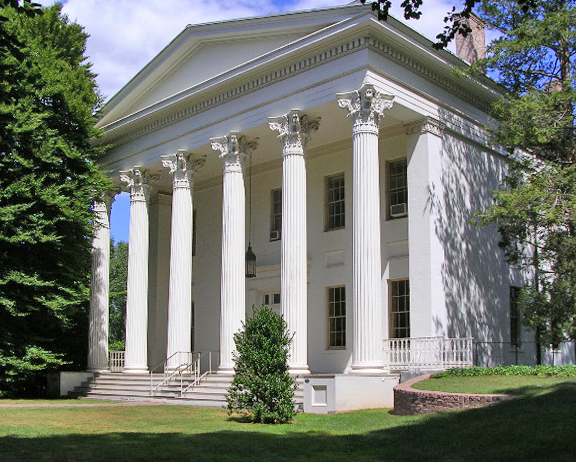 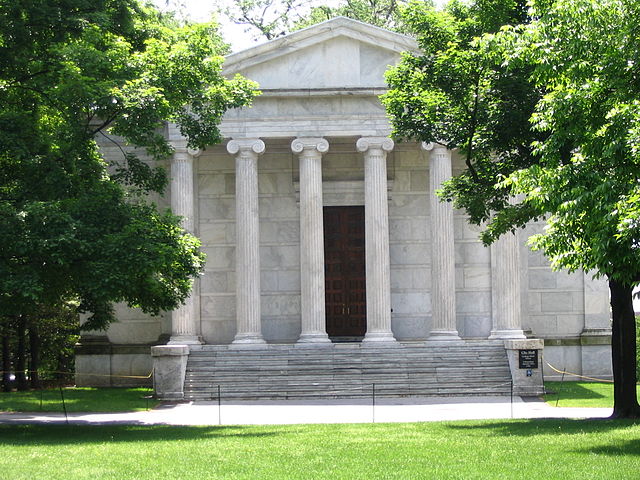 Whig and Clio, Princeton University.
Built in 1890s, as recreations of originals from 1830s. Hosts the Whig–Cliosophic Society.

Bailey Hall is the largest auditorium at Cornell University, Ithaca, New York. Constructed in 1912, according to the Greek Revival architecture design. 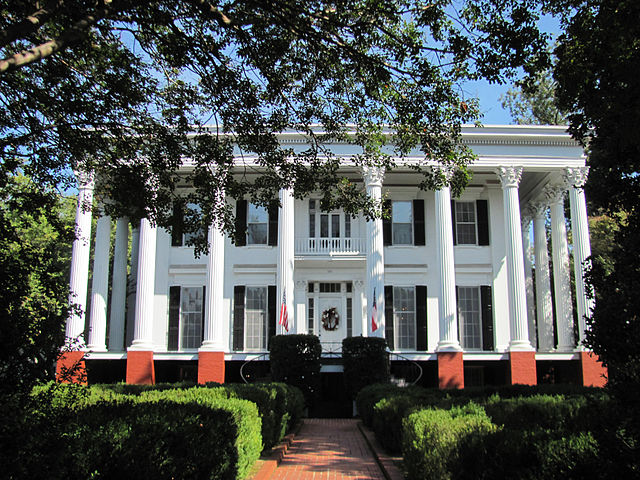 Gannett House, Harvard University.
Built in 1838. Home to the Harvard Law Review since the 1920s.