Waiting for a muse in a cafe…

The golden age of Prague café society was at the turn of the 19th and 20th centuries, when making an appearance at one of the elegant cafés was simply a social necessity. Surrounded by the aroma of good coffee and clouds of cigarette smoke, you would meet the leading writers, journalists, architects, artists and intellectuals of the day, who eagerly discussed politics or art or just sat quietly waiting for their muse to appear.
(From ‘Prague cafés’, at czechtourism.com)

Cafe Louvre, in Prague, attracted such well-known visitors as Karel Capek and Franz Kafka, as well as Albert Einstein during his professorship in Prague.
(Photo from pragueexperience.com)

A fictional cafe in Hopeville

Shaded from bright light, Danielle saw lace curtains drawn on windows, wooden round tables, and wide flowery chairs that belonged to an old-fashioned teashop. Buttery scents, fruity scents, and heavier chocolaty aromas swirled and glided all over. She inched forward; her eyes grew bigger and bigger as her stare shifted from an espresso machine to trays laid on refrigerated shelves. No muffins. No brownies. She gaped at neatly arranged éclairs, pies and tarts.
The Hungry Boson (excerpt from Initial Conditions). 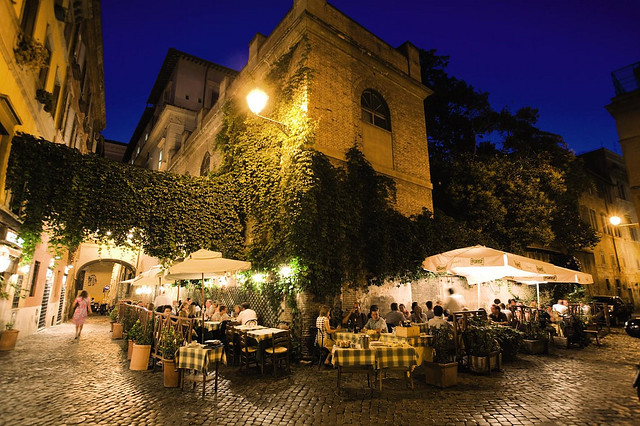 Rome cafe at night
Image from Contiki Holidays, on Flickr.com 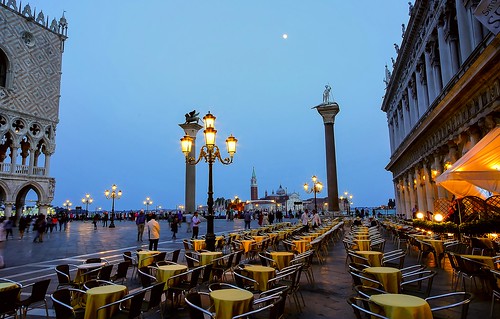 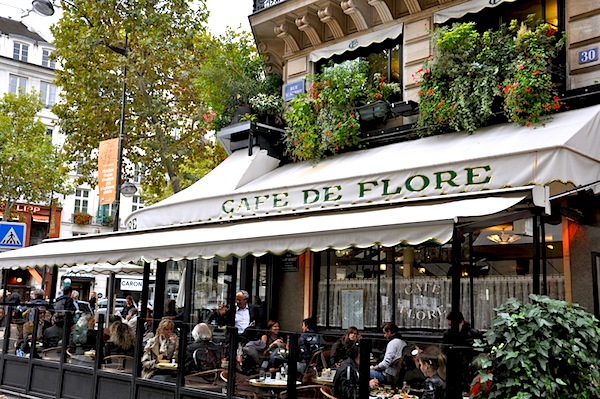 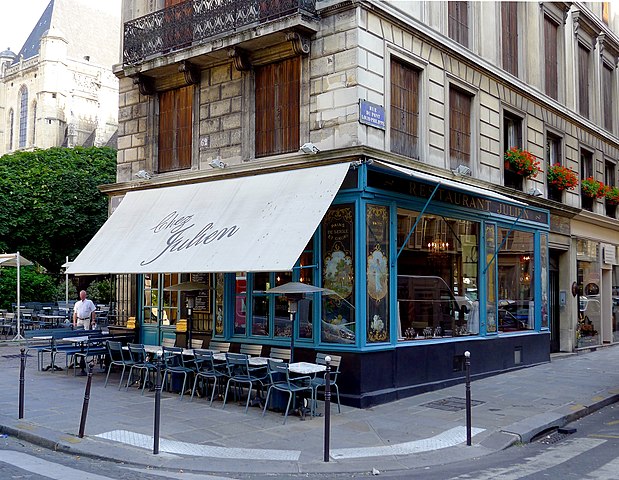 
And if the muse is late…