“ ‘Mr. Spratt,’ began Archibald, slowly bringing himself up to speed like a chilled gecko. ‘Is it true that Mr. Wolff once belonged to the Lupine Brotherhood, a secret society dedicated to traditional wolfish pursuits such as the outlawed Midnight Howling?’
‘Yes, I understand that to be the case,’ replied Jack, ‘but that was over fifteen years ago. We do not deny that he had been investigated over various charges of criminal damage arising from the destruction of two dwellings built by the younger pigs, nor that Mr. Wolff threatened to ‘eat them all up.’ But we saw this as an empty threat – we produced witnesses who swore that Mr. Wolff was a vegetarian of many years’ standing.”
From The Big Over Easy by Jasper Fforde

Wolves are carnivores. But in Northeast U.S., your have about the same chance of meeting a vegetarian wolf as meeting a wolf living in the wild. Which is to say – practically none. The U.S. Fish and Wildlife Service claims that “wolves were hunted and killed with more passion and zeal than any other animal in U.S.” And why? Most Native Americans revered gray wolves, trying to emulate their cunning hunting abilities. But white settlers had a different attitude. While settlers progressively depleted the populations of wolves’ natural prey (mostly large mammals such as deer and elk), the numbers of domestic animals increased. Having little choice, wolves replaced their diet with sheep and cattle. Determined to protect livestock, “ranchers and government agencies began a campaign to eliminate wolves. Bounty programs initiated in the 19th Century continued as late as 1965, offering $20 to $50 per wolf. Wolves were trapped, shot from planes and snowmobiles, dug from their dens, and hunted with dogs. Animal carcasses salted with strychnine were left out for wolves to eat. This practice also indiscriminately killed eagles, ravens, foxes, bears and other animals that fed on the poisoned carrion.”

Although there are no wild wolves living in New Jersey today, The Lakota Wolf Preserve offers a sanctuary for about a dozen wolves born in captivity. On a hot July day, the wolves looked not like dangerous predators, but more like cute, lazy dogs. Yet the massive fences that separate between different packs and between them and the human visitors, suggest that in this case looks are deceptive. Here are some pictures to illustrate what I mean: 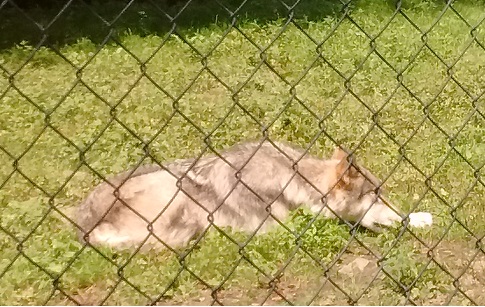 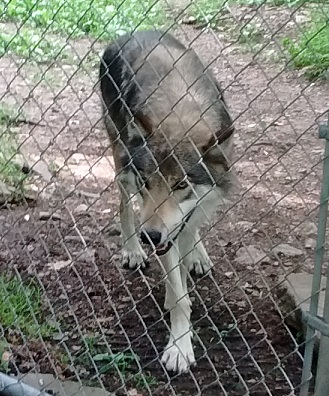 More about reintroduction of wolves in northeast can be found at the U.S. Fish and Wildlife Service page about Gray Wolf in the Northeast.

We did not see any bears, but one came to take a dip in the pond in the inn were we stayed.

The owner told us she saw a bear in the pond, just before breakfast. Considering how lovely is the place, the bear’s interest is understandable.

Or maybe he looked for porridge, 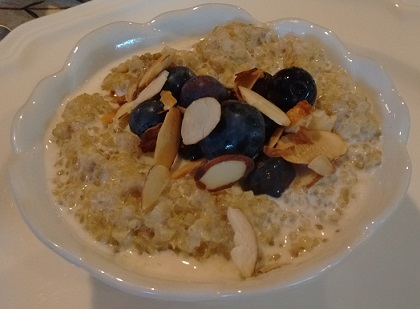 In retrospect, I don’t mind never meeting with it face to face. Although bears rarely attack people, I don’t particularly like the advice to fight them back: