NaNoWriMo and a dreadful first-draft

“Stories are relics, part of an undiscovered pre-existing world. The writer’s job is to use the tools in his or her toolbox to get as much of each one out of the ground intact as possible. Sometimes the fossil you uncover is small; a seashell. Sometimes it’s enormous, a Tyrannosaurus Rex with all those gigantic ribs and grinning teeth.”
from On Writing by Stephen King

Back in November, I participated in the NaNoWriMo 2015 writing challenge. By the end of the month, the first draft was about 53k words. On December 10th , when I wrote “the end”, the word count was about 75k. Following King’s advice, I waited six weeks (recuperation time for the author and “aging” period for the manuscript) and then read a printed copy. “If you’ve never done it before, you’ll find reading your book over after a six-week layoff to be a strange, often exhilarating experience. It’s yours, you’ll recognize it as yours,” King writes, “and yet it will also be like reading the work of someone else, a soul-twin, perhaps. This is the way it should be, the reason you waited. It’s always easier to kill someone’s darlings than it is to kill your own.” After that, King talks about holes in plot, errors in character motivation and other flaws in crucial components of a story.

In a blog-post titled Now What? A Roadmap for Revising Your Novel, James Scott Bell advises NaNoWrimo writers to “assess the big picture”. His first point, “Does this story make sense?” is obviously an important question. However, it already assumes that the magic has happened, so a story is entwined in a rough fabric of the first draft. Is such an assumption always justified?

To sharpen the question, I’m going back to King’s metaphor. Does participating in an excavation ensure that one will find anything? One can hopefully look for dinosaur bones while digging, yet the excavation might end up with many buckets of sifted dirt and nothing except of having the experience of excavating to justify taking part in the endeavor. Or one may find some broken bones which are unidentifiable leftovers, probably chewed by some long-gone predator (whose bones might have been found, if one excavated elsewhere).

I finished reading my first-draft in the morning. I did a web-search of what are other people’s conclusions after NaNoWriMo. I found in Joanna Penn’s blog, a guest-post by Tania Strauss, on “How To Turn Your #NaNoWriMo Project Into a Real Novel” . Here are some excerpts (in italics), with my comments.

“If you participated in NaNoWriMo, then first of all, congratulations! You followed through on a major project and are now sitting on a big pile of original pages, with which you can do… something.
So what are the next steps? Well, that kind of depends on what, exactly, that big pile of pages adds up to.
The truth is that unless you’re so practiced in novel writing that the form is programmed into your subconscious, or unless you planned out your project heavily in advance, anything you bang out in a month is likely to be semi-formed — ideas and seeds that could become a novel, but that aren’t quite working on that level.
Sometimes what we think of as a “first draft” of a novel isn’t, in fact, working like a novel yet.”

That completely agrees with what I found reading my “Unnamed Yet” first-draft. I came up with an idea for a novella a few months before NaNoWriMo. The challenge seemed like a good opportunity to develop it. I started without an outline, knowing only who were the main characters, how the story began, and what was the pivotal event that changed the course of the story. I did not have any genre in mind and did not know ahead how it should end.

“But that’s ok! Anything that interests you sufficiently to devote a month of time, and tens of thousands of words, likely has a novel hidden in it somewhere.” 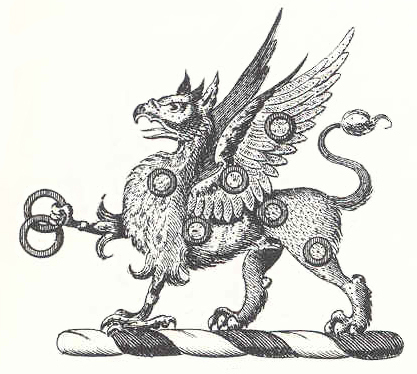 Do you hear my sigh of relief? Maybe, just maybe, I’m about to discover the relics of an animal yet unknown to science. Probably an alien species!

“If you’re trying to figure out what the fruits of your NaNoWriMo labor have yielded and where to go from here, below are some questions to ask yourself:
Is your manuscript about something?
Does it focus on a character, a problem that needs to be solved / goal that needs to be reached, or a governing thematic idea?”

Yes!!! There is a character with a BIG problem, another with an important goal. A thematic idea kept popping when I was reading, even though I don’t recall thinking about it before or during writing (Probably because I was focused on the daily word count).

“Ideally, your manuscript will have the following elements: at least one primary protagonist and several supporting characters; emotional or psychological issues that each central character needs to work through; an external problem that need to be resolved via plotting; and some sort of broader thematic content tying these elements together. If you’ve written a series of scenes or musings that aren’t bound together by a set of central concerns, then what you have likely won’t quite qualify as a novel just yet.” 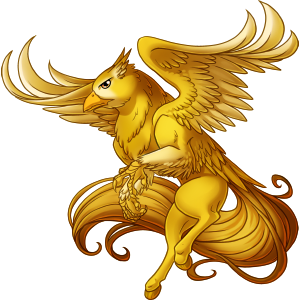 I have written both. To my surprise, the worst part was the beginning, approximately the first week of NaNoWriMo. Reading it was quite a depressing experience. Long sentences combined into rambling paragraphs. Too many words, which is good for word count. However, they did not combine into a cohesive story, something I would want to read. And then, somewhere towards the the second act, my characters took the initiative. They thought much less, for they started to talk and act like people. My reading became faster, less daunting. I actually started to see plot holes (which is good, because without plot there are no plot holes).

“How To Turn Your #NaNoWriMo Project Into a Real Novel” concludes with:

“Once you’ve identified which parts of your NaNoWriMo project actually have the potential to turn into a complex, long-form story (aka, a novel), you can get to work writing that story with a sense of purpose and direction.”

This is advice that I can follow. I plan to start with writing a plot treatment for a novel, which will be based on what I wrote during the NaNoWriMo (only the good parts). Having that, I might be able to write a proper “first draft”.

Impressive, but does it make much sense?